Jarem's Kindergarten class celebrated the 100th day of school on Friday.  It was really a miracle that we made it to the 100th day with all the snow days they have had, but anyway, they were supposed to dress up like they were 100 years old.  This is how Jarem dressed... 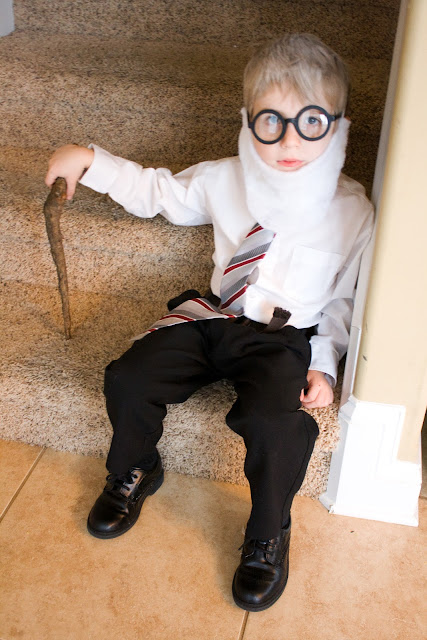 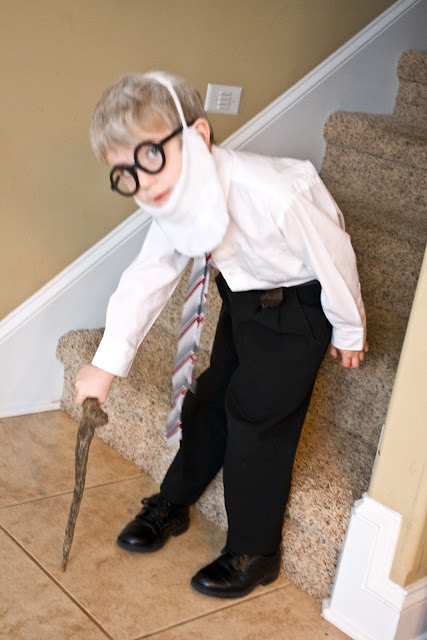 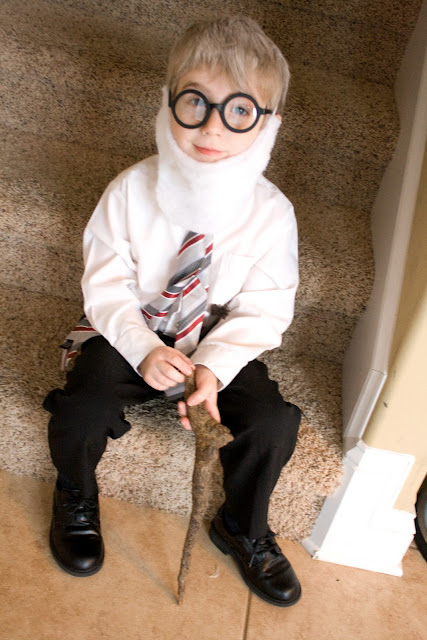 Below are some pictures of the other kids in his class and how they dressed up: 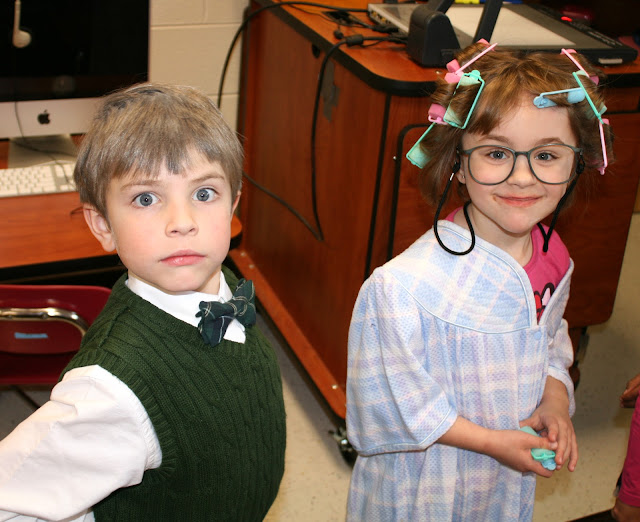 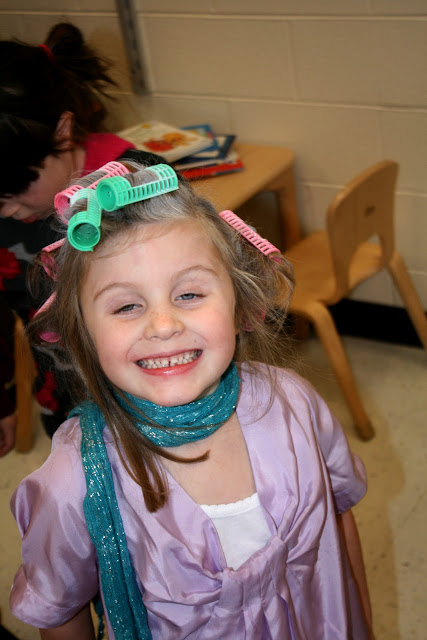 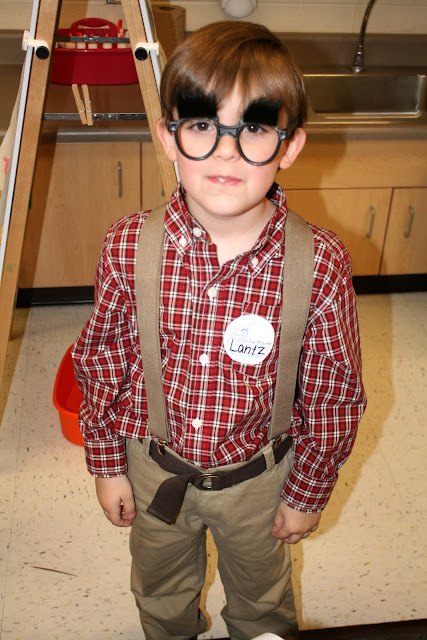 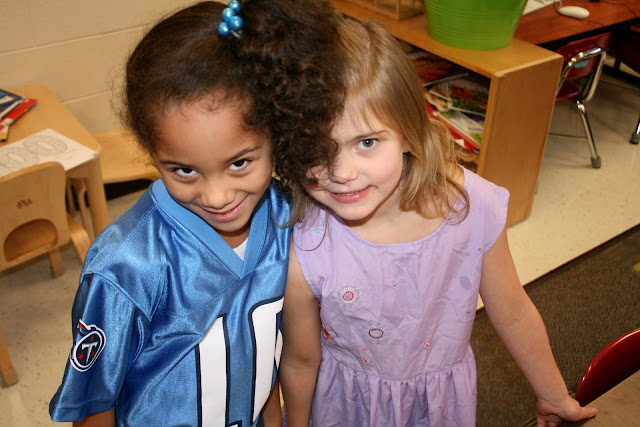 All the teachers and a lot of the kids were wearing Super Bowl team attire and all the kids were asking everyone, "Which team are you going for?"  So, not long after I got to school to help, Jarem told me that he was going for the Packers.  I told him that Dad was going for the Packers too.  He said in almost a whisper, "I don't want to go for the Steelers because they are "stealers".  That means they "steal"."  I was impressed with his 5-year old reasoning.  Then yesterday, he and Tessa were discussing whether the Steelers or Packers were better.  (Tessa was going for the Steelers).
Jarem said: "I also like the Packers because they pack stuff and I like to pack and go on trips.

Tessa said: "Yeah, they pack stuff in their bags to steal so see they steal too."

Jarem: "No, the Packers only pack their OWN stuff."

I just laughed.  It was especially funny because we as a family didn't really talk about the Super Bowl and we didn't watch it or anything.  They got all of this from school.
Posted by Eric and Rozanne at 12:25 PM

the kid conversations are too funny. we had similiar words going with our kids that i just blogged about yesterday, lol. i love the 100 year pics of jarem and the girl with the sponge rollers...very cute stuff!

Those are the cutest pictures of Jarem. Loved their conversation about the Superbowl. 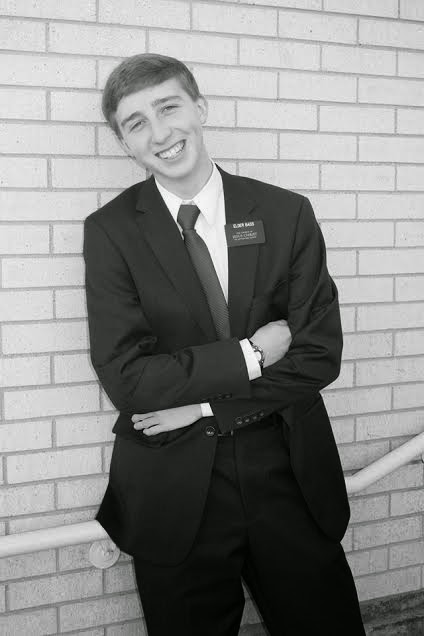 19 years; On a church mission in Salt Lake City 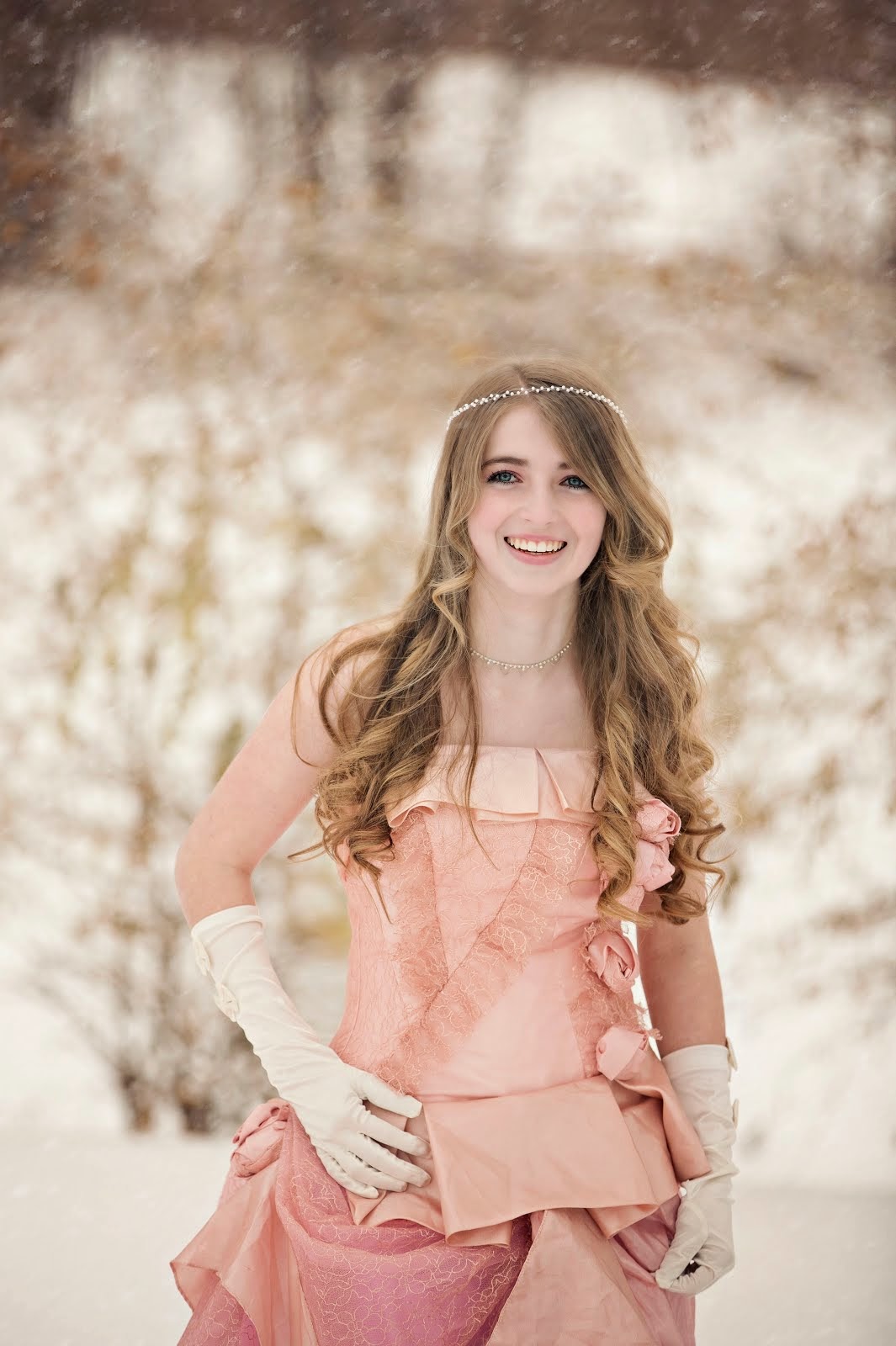 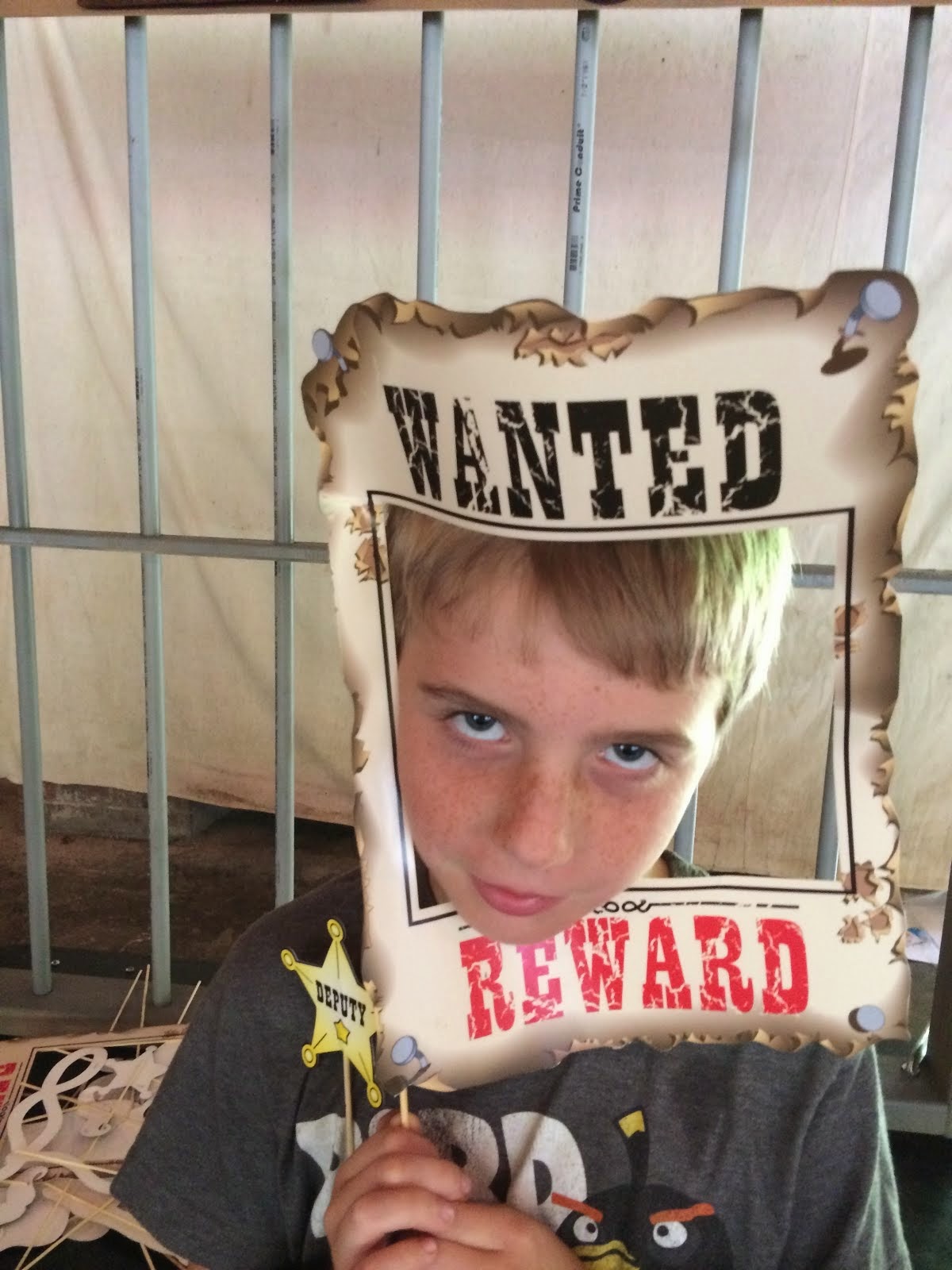 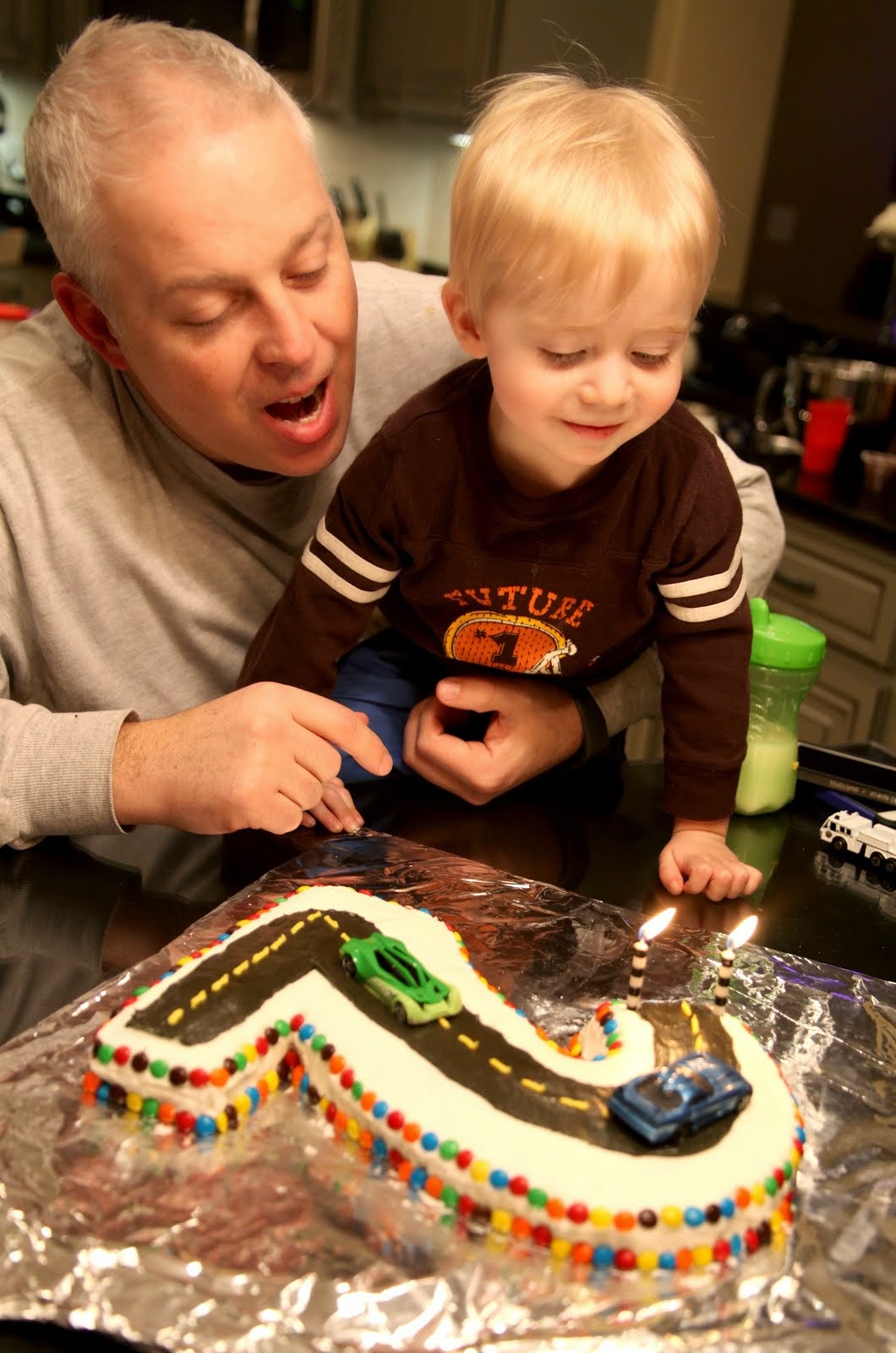